A History Of Gorham & The Gorham Snowflake

A Brief History of Gorham & Their Annual Gorham Snowflake

The 2019 Gorham Snowflake is in stock. Buy it now while supplies last! 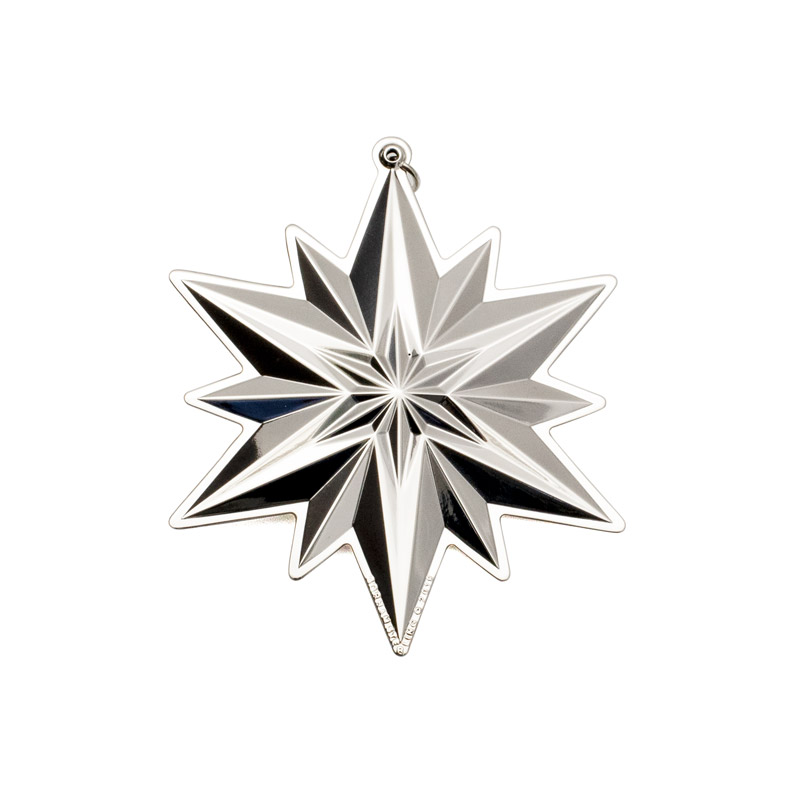 unpacked. Greeting familiar items warms a winter day like nothing else, especially when trinkets have been in the family for years.

The annually issued Gorham Snowflakes are particularly elegant pieces. Their appearance varies from year to year, but it remains true to the original designer’s vision. For almost 50 years, these sterling silver ornaments have been brightening Christmas trees, fireplace mantels and gift boxes across the country.

It was Gorham’s son John who expanded the family business by recruiting designers and craftsmen from the finest houses in Europe. He soon landed a lucrative contract to manufacture all the silverware sold at Tiffany & Co.

The enterprise eventually moved to Fifth Avenue in New York City, into a building designed by the famous architect Stanford White. Gorham’s reputation for quality led to its becoming one of the largest and most respected sterling silver manufacturers in the world.

Gorham creations were an integral part of the White House decor during several administrations. Mary Todd Lincoln enjoyed a tea and flatware set. To commemorate the U.S. centennial in 1875, Julia Grant commissioned a vase made of more than 2,000 ounces of silver.

The 740-piece Furber dining service was made for the president of Universal Life Insurance Company in 1870; it’s a fine example of Victorian-era opulence. Trophy commissions have included the Davis Cup for tennis, the America’s Cup for yachting and the Borg-Warner Trophy for Indianapolis 500 auto racing.

Gorham pieces are on display in museums around the country.

Richard Maiella conceived and crafted the first snowflake in 1970. The multifaceted ornament was not only lovely, but it was designed to shimmer as it reflected Christmas tree lights.

Just as they are today, the snowflakes were sold with a storage box, protective pouch and red velvet ribbon for hanging. Maiella is said to have expressed the hope that they’d fetch at least $10. He couldn’t have predicted the public’s wild enthusiasm for his creation.

Designs may be complex one year and less ornate the next. Like the real thing, no two Gorham snowflakes are exactly alike. The 2015 Gorham Snowflake, for example, features tiny heart-shaped cutouts, which are not featured on the 2016 Gorham Snowflake. Waiting for the newest edition is part of the fun of collecting them.

Craftsmen elaborate on the six-pointed star that always forms the center. The ornaments are approximately 3 inches in diameter at their widest.

A few editions were enhanced with other materials. The 2000 version commemorated the millennium with crystal, and the ornaments produced from 1981 to 1989 incorporated gold plating.

Gorham was forced to use silver plating in 1980 when price manipulation drove raw silver prices to around $100 per troy ounce. The manufacturer could hardly expect to charge $200 when the previous year’s snowflake had sold for $30. Every other edition has been made of sterling.

The ornaments had a flat side for engraving until 2009. Now, both sides are multifaceted. It is possible to personalize them with an engraved tag. The company name and edition year are stamped along one edge.

Prices for previously issued snowflakes vary wildly depending on condition and scarcity. The presence of the original box, pouch and ribbon increases value. Current editions typically sell out in early December.

Collecting Gorham Snowflakes to pass down to future generations is an enjoyable and thoughtful tradition.