The Rise of Towle Silversmiths

The Rise of Towle Silversmiths

When it comes to fine silver, the name Towle is one of the oldest and most revered. Their exceptionally crafted pieces are in elite museums throughout the country. When a modern bride chooses timeless Towle flatware, it is destined to become a cherished family heirloom.

Towle Silversmiths is a direct descendent of Moulton, the first silver operation in the U.S. The family dynasty is thought to have been the longest continuously operated company in the business. For more than 200 years, Moulton fathers passed down their skills to their sons.

Hampton, New Hampshire, owns bragging rights as the birthplace of two key figures in silver-making: William Moulton II and Anthony Frances Towle. Moulton was the son of an English immigrant who started a farm in Hampton in 1637. When Moulton was just 18, he set up shop in Newbury, Massachusetts, as a general trader who dabbled in silver. His business thrived for five more generations.

Joseph Moulton was the first to become a silversmith, and he had four sons. There were blacksmiths and other manual tradesmen in the family, but by 1742, the Moultons were known as silversmiths.

Towle was an apprentice of William Moulton IV, who operated the family business from 1795 to 1845. By this time, in addition to crafting silver vessels for churches, Moulton had branched into jewelry-making. Towle partnered with another apprentice, William P. Jones, to buy the business. The sixth and last Moulton in the esteemed line of silversmiths turned over the family empire in 1857.

The distinctive Towle trademark, a cursive capital T wrapped around a lion, was created in 1890. Around the same time, an English immigrant named Richard Dimes made a significant contribution to the company when he innovated the hollowware line. The exquisite pieces, such as soup tureens, teapots, butter dishes, sugar bowls and creamers, were crafted with extra layers of silver plate for durability. They were sold to wealthy individuals, fine hotels and railroads for use in their dining cars.

Many examples of Dimes’ fine craftsmanship endure today. He eventually established his own successful company in Boston. It changed hands several times over the years before being acquired by Reed & Barton in 2009.

Since the 1880s, Towle has produced dozens upon dozens of unique silverware patterns. Not only are the pieces visually appealing, but they are of unmatched quality. Each was crafted with the user’s comfort in mind.

In 1939, a pattern called Marie Louise was adopted by the U.S. embassies throughout the world. Contour, a pattern styled by Robert J. King in 1950, is a classic example of post-World War II organic modernism. From 2009 to 2011, it was displayed in New York City in the Museum of Modern Art’s “Good Design” exhibition. Candlelight, with its dainty brocade carving down the length of the handle, debuted to wild popularity in 1934. Rival companies were challenged to come up with imitations.

The Best Patterns From Silver Superstore

Here at Silver Superstore, we offer Candlelight and dozens of other gorgeous patterns. Here are a few examples: 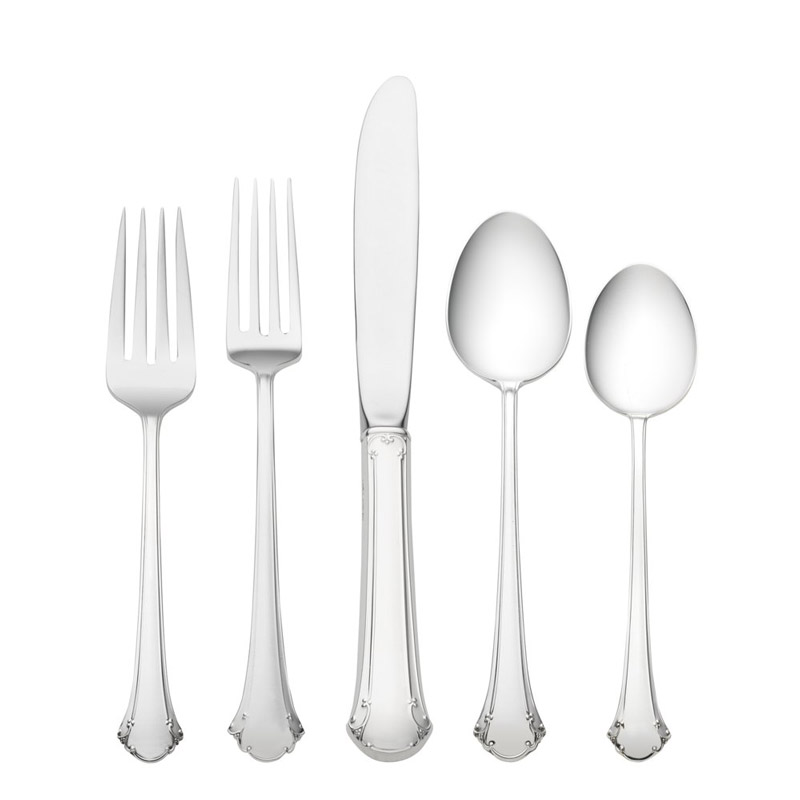 Chippendale – This versatile pattern with an arced handle and fluted top is at home in both traditional and contemporary settings. The design mimics the graceful curves of 18th-century Chippendale furniture.

Craftsman – The unadorned surface displays the luster of sterling silver at its finest. Craftsman can be dressed up or down for any occasion. 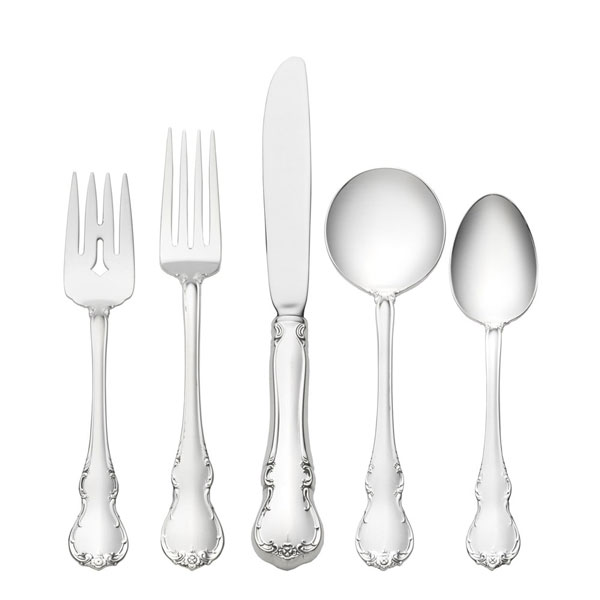 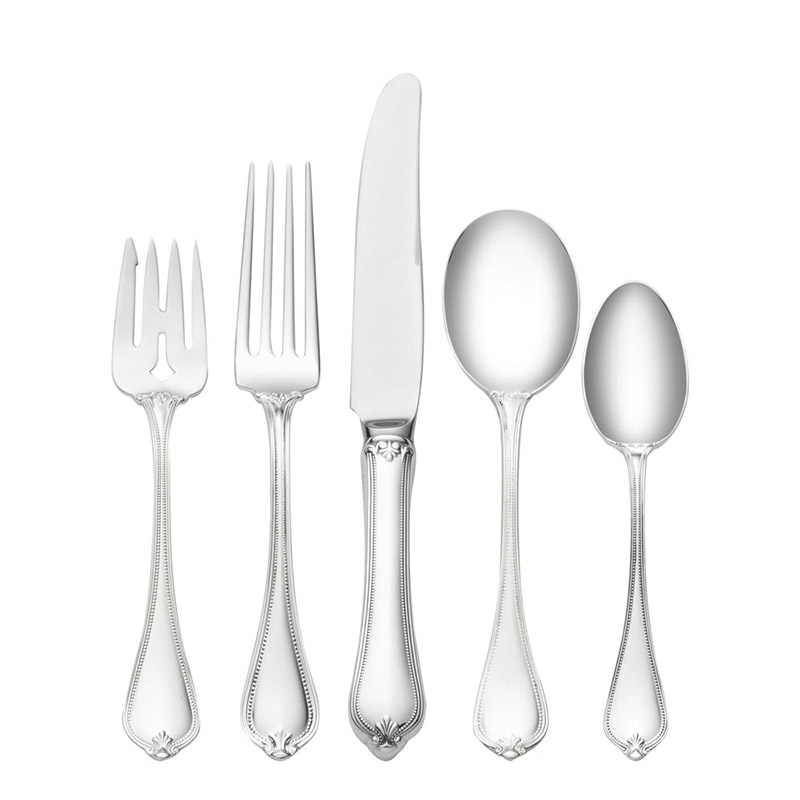 Old Newbury – This design is a nod to wealthy 1880s residents of Boston’s historic Newbury Street. The beaded border and tiny carving on the handle suggest refinement rather than opulence. 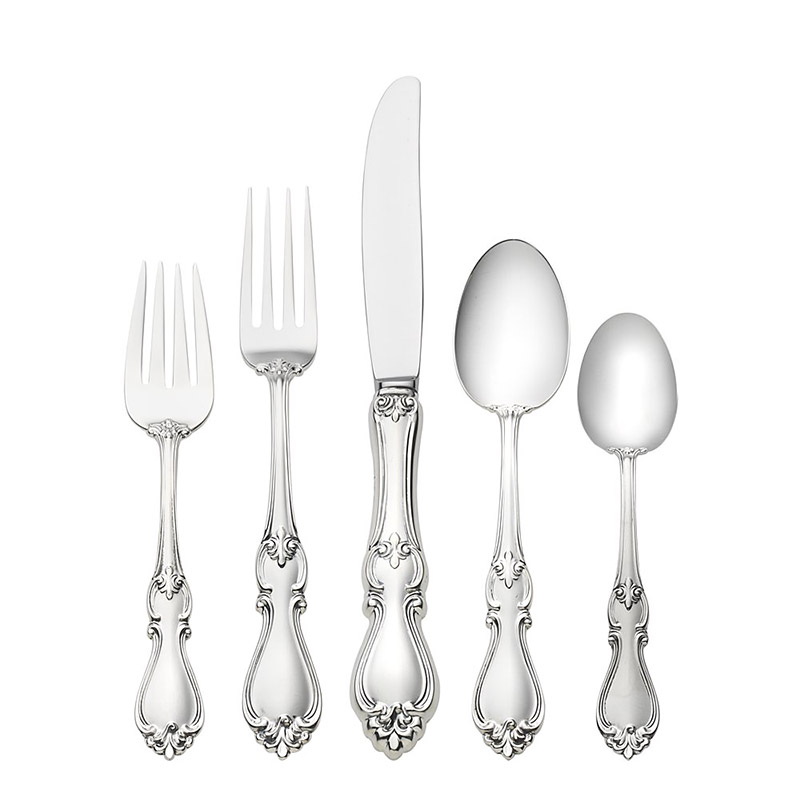 Queen Elizabeth – A delicate floral motif makes this flatware truly regal, but it’s not too ornate for a casual brunch. Queen Elizabeth I debuted in 1970, and has been a very popular pattern since.

Make your selection even more special with a monogram. It’s as easy as adding the engraving service to your shopping cart.